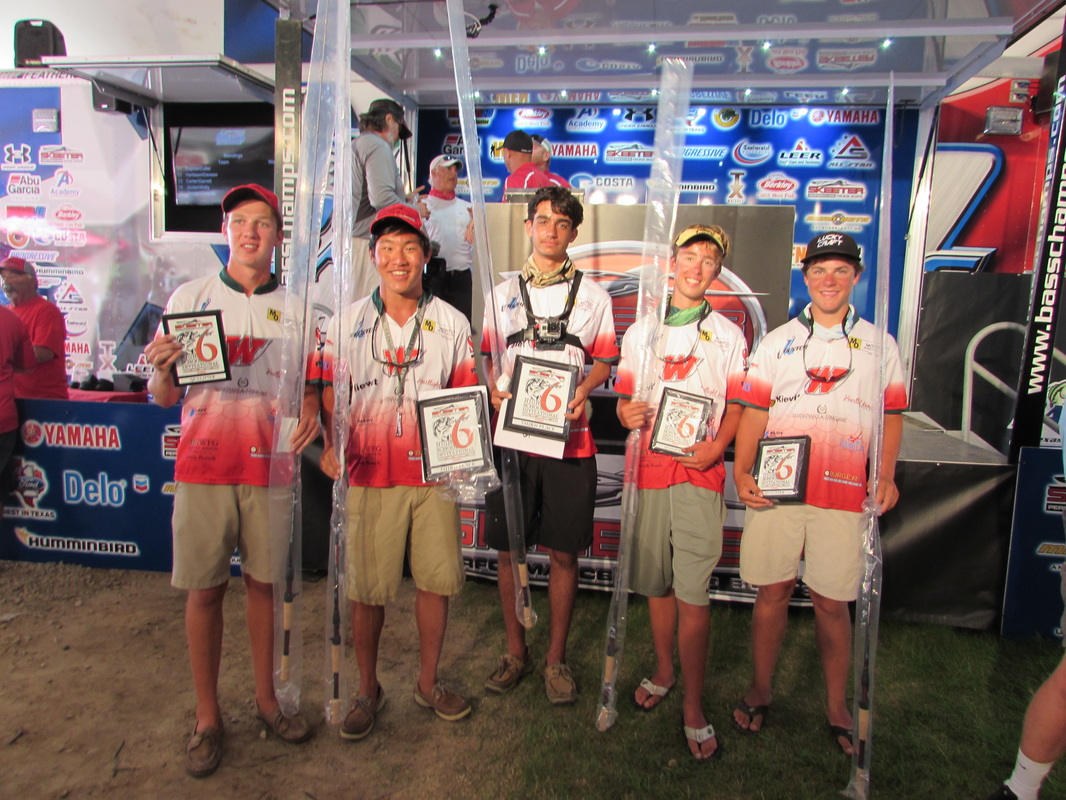 3 of our TWHS Offshore teams finished in the top 6 for our HHFC offshore conference in 2014-15 and were extended an invitation to the Skeeter Super 6 Tournament at Lake Fork on June 13, 2015.
Our TWHS anglers that qualified are:  Grant Davis/Connor Whisenant, Hugh Cosculluela/Eddie Yao and Ryan Bentley/Hayes Strickland.

Our teams qualified by earning points through our HHFC tournaments in 2014-15.  Their achievement earned them an invitation to the 1st Annual Skeeter/Yamaha Super Six High School Fishing Invitational.  This event was held on Lake Fork on June 13th and featured a one day competition where angler teams competed individually as well as a conference against several other Texas High School fishing associations.  The competition  weigh in was emceed by Fish Fishburne.  The Super Six program was staggered in conjunction with the Skeeter Owners Tournament.  The full corporate weigh in stage was set up and there were over 30 vendors supporting the event.  Trophies were awarded to the top 6 individual finishing teams, and the High School association finishing with the greatest combined weight of all competitors won $15,000 in scholarship dollars provided by Skeeter, Yamaha and other sponsors.  B.A.S.S. gave lifetime memberships to the top 5 individual winning teams.

Skeeter and Yamaha rolled out the red carpet for our kids, offering them extensive access to their fishing pros, giving them free rods and gear and making them feel very special.  It was a tough day of fishing and HHFC as a conference finished in third place, but several of our teams did well individually:
3rd Place:  Cosculluela/Yao (The Woodlands)
7th Place: Davis (The Woodlands)
9th Place:  Bentley/Hayes (The Woodlands)

Thanks to everyone who supported our team!